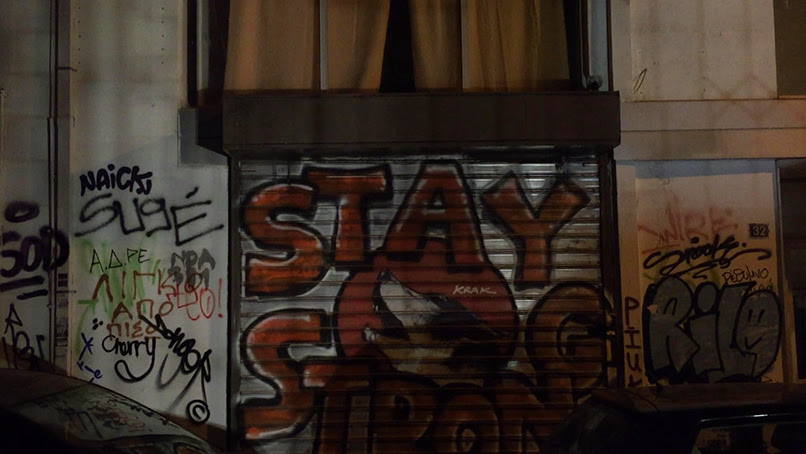 Side by side, the garage is cut into two sound stages. Paolo taps at the floor as if to ask a question, answering with the exact height between ceiling and poured concrete. Benches are live wired becoming speakers vibrating into limbs, a room of nearly silent people waiting for the transition towards listening, then a hum. The fluff, which pads, the release of control, the trust in the performers who wait, patiently, for the silence of the benches. As if every concert were to unfold all at once, in a moment, in complete quiet.

Paolo Thorsen-Nagel (*1985, Chicago) is a German-American musician and artist. His work is informed by disparate musical styles and artistic interests, ranging from jazz, field recordings, and electronic productions to installations and films. In his solo works he concentrates on the materiality of sound and its relationship to physical and psychological space. 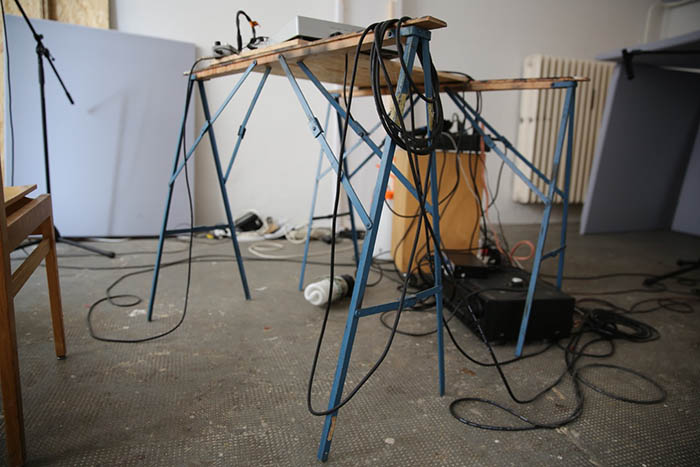 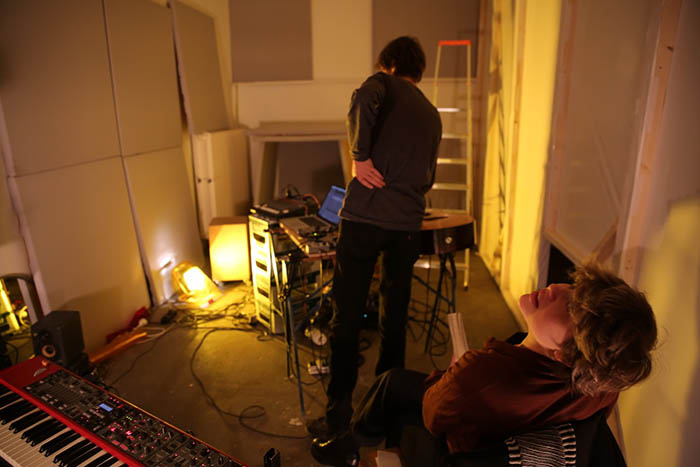 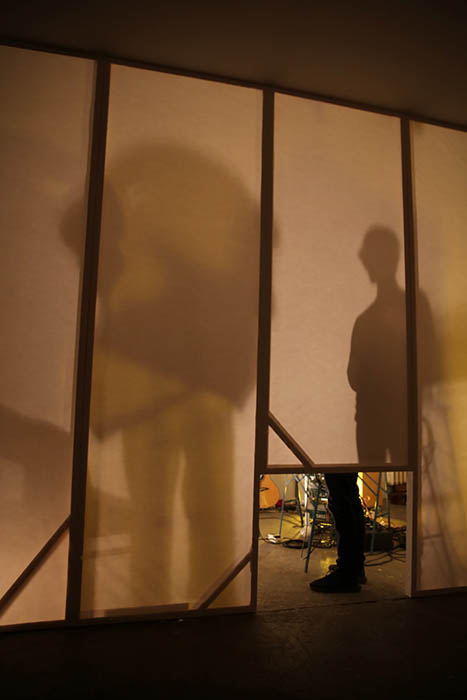 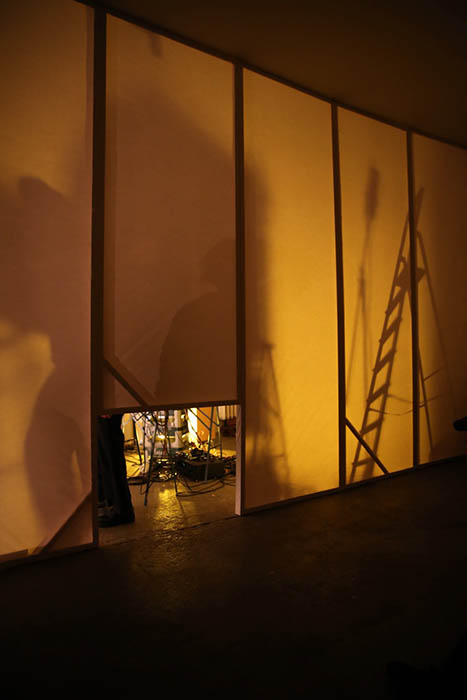 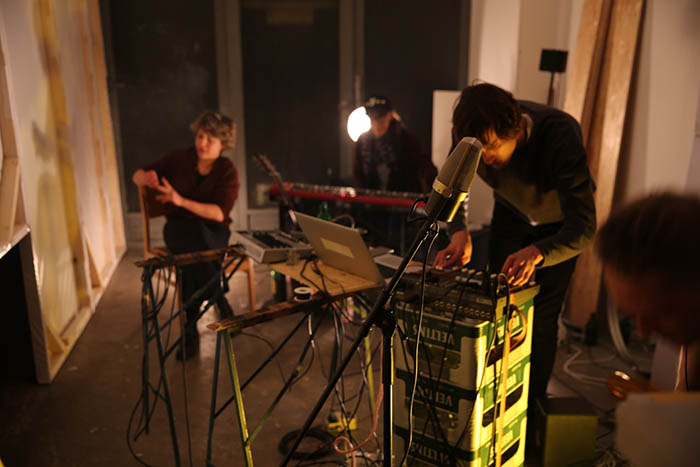 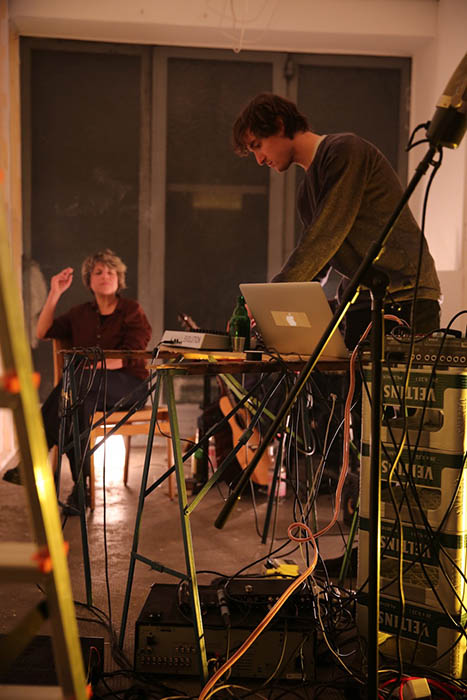 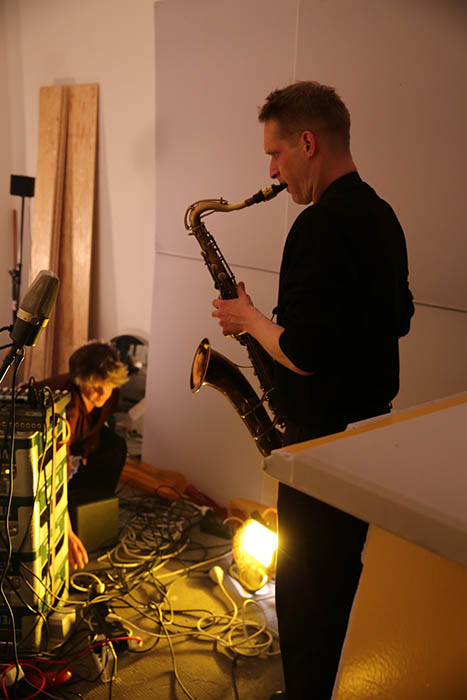 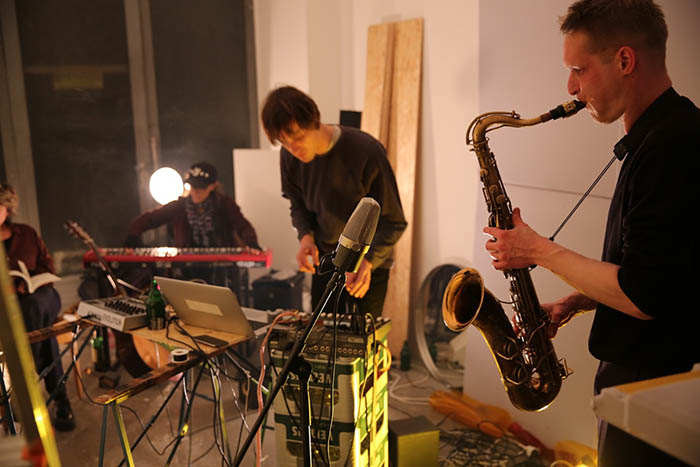 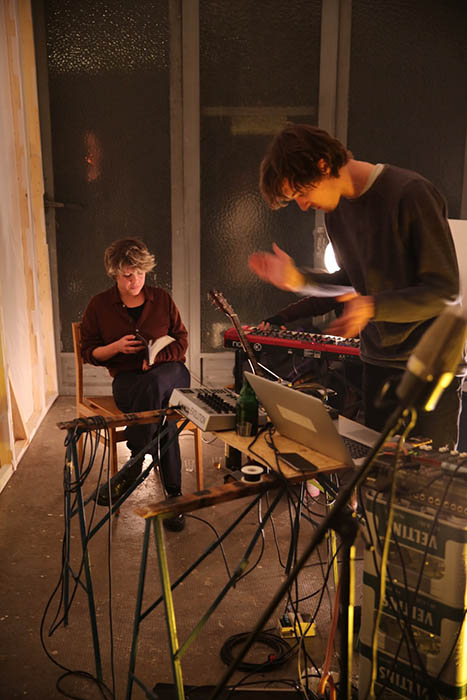 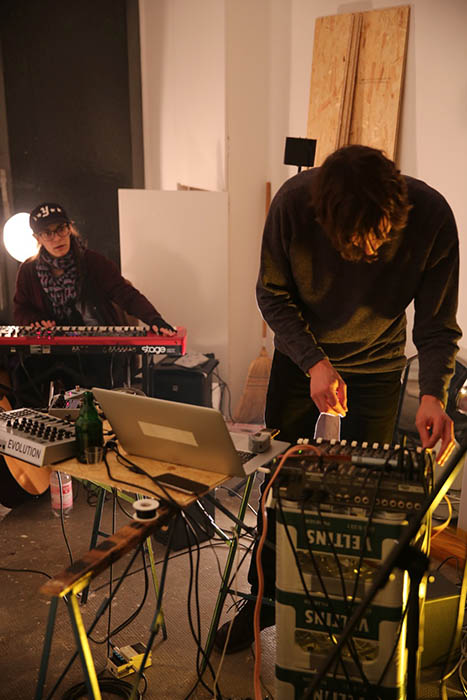 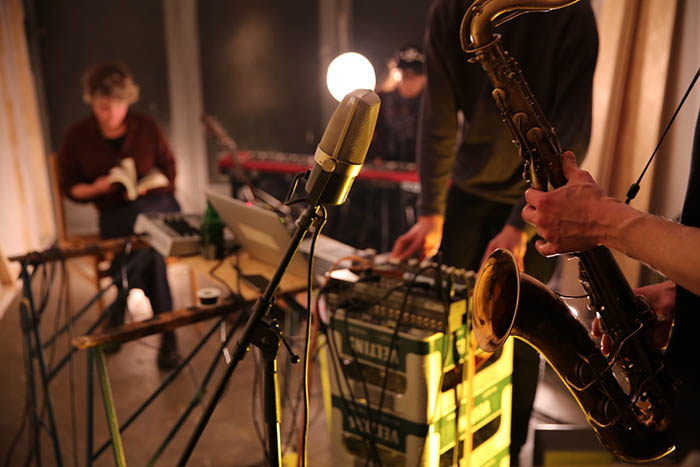 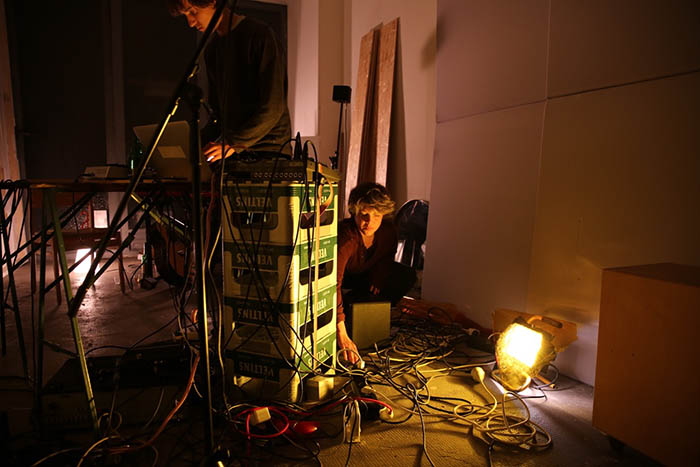 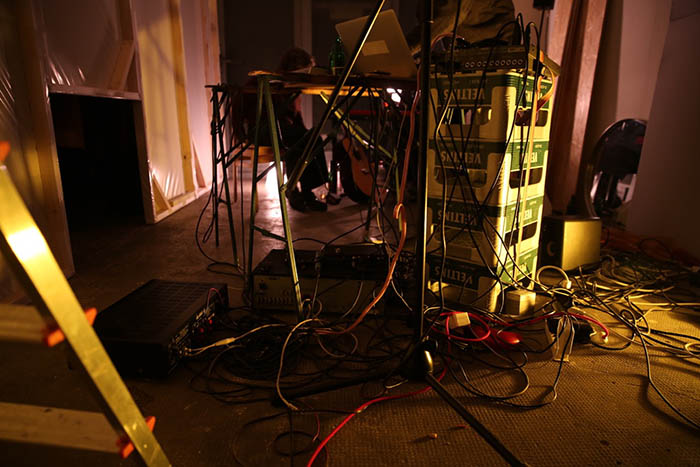 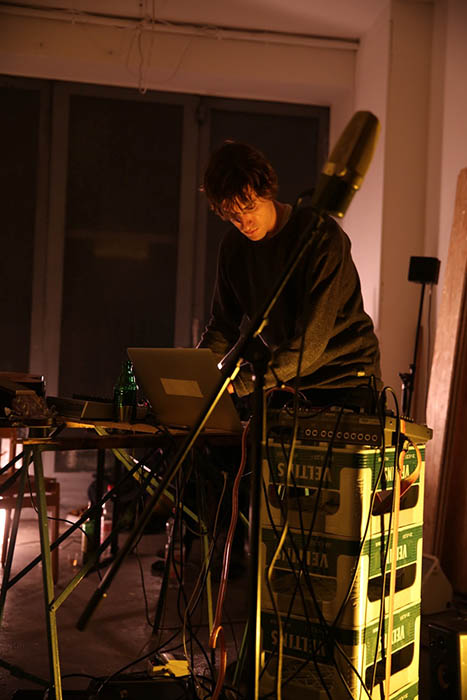