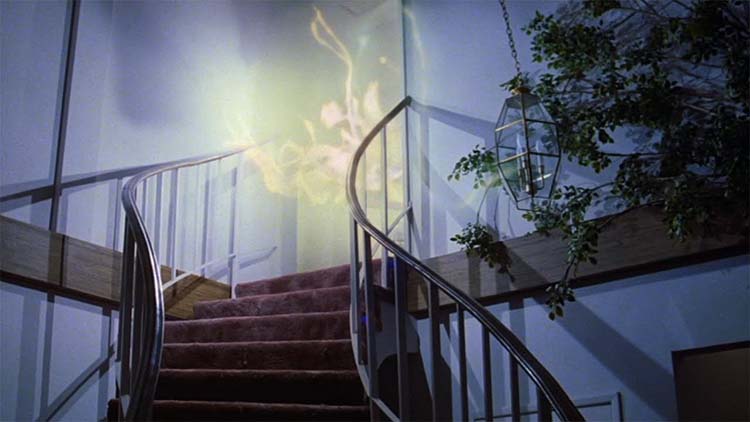 In his new exhibition at MAVRA, the Swiss artist Florian Germann examines the phenomenon of electromagnetism. With objects scattered throughout the space he leads the visitor physically closer to this phenomenon. Every work reacts on electrical impulses, creating a perceptible vibration. But surely there’s much more in the air than what’s visible at first glance.

With his latest sculptures and their extended mechanisms, Germann may be just developing the tools that we’re in need for, to be prepared for any disbelief. In his earlier works, the artist already turned to the supernatural and the invisible, and what’s haunted by science and personal mythologies. While Germann sometimes likes to be covered in these subjects, he incorporates these studies into his own private reference system with a meticulous scientific aim.

Yet the viewer is somehow always part of it. The sculptures and installations only truly occur in connection with the viewer. So it’s always the other that is required in order for the real essence to manifest itself. We feel the radiation that we can’t see – and we are better off knowing that it exists.

Germann’s experimental arrangements combine the factual and the fictive, extending the blurriness to any border. Maybe it will be indeed possible to purchase one of his branded artifacts, securing the own-home zone of any hypochondriac thoughts.

Through his practice, the artist turns into the interpreter and the rhapsodist of exactly those inbetween lines, appearing as phenomena of the everyday. Furthermore they turn out to be doors to other worlds and questions.

What exactly happens at MAVRA will still remain open, but it is in fact that slight openness that’s always a part of Florian Germann’s work.

Thank you for the support by »Kulturstiftung Thurgau« and »Ernst und Olga Gubler-Hablützel Stiftung« for this exhibition. 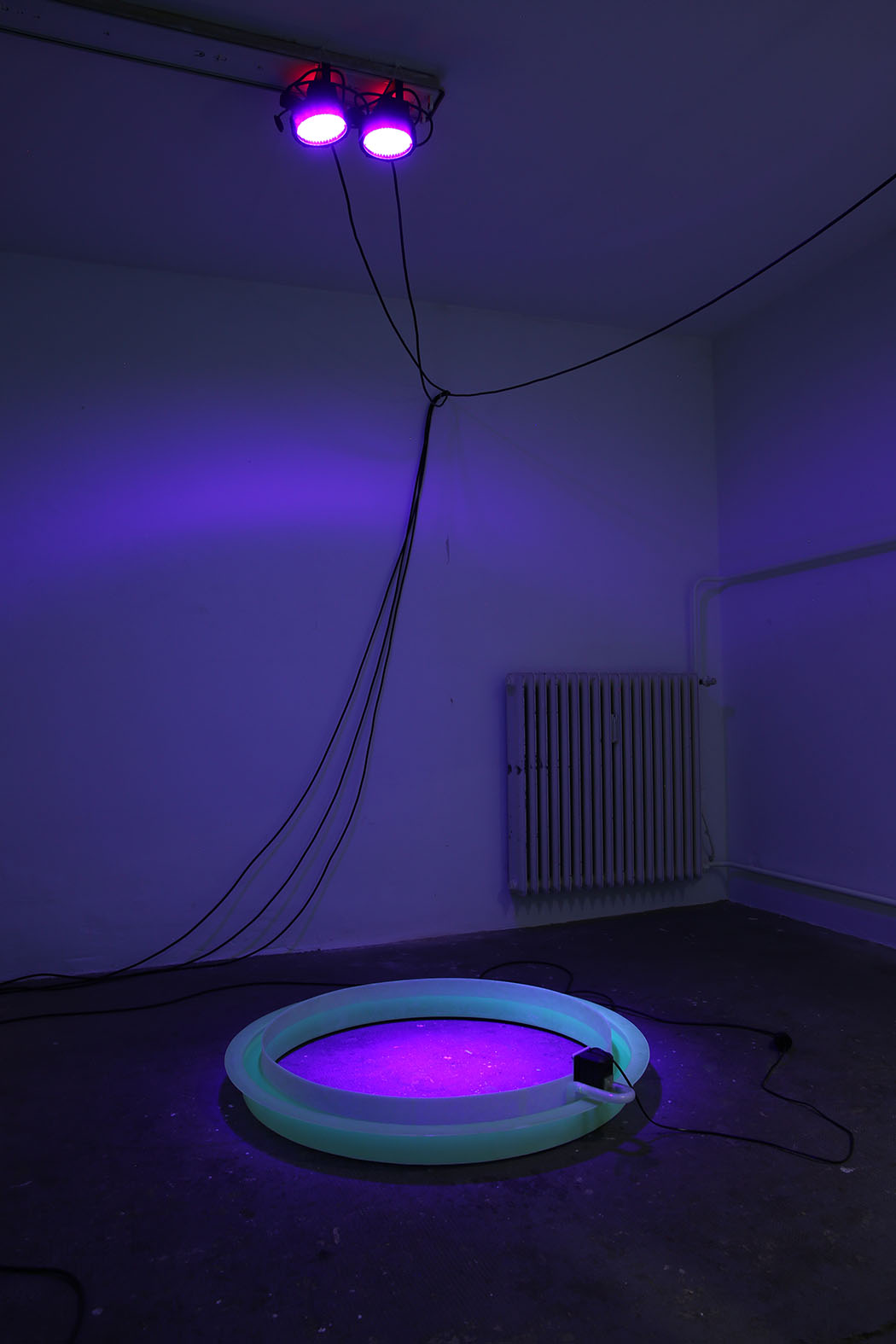 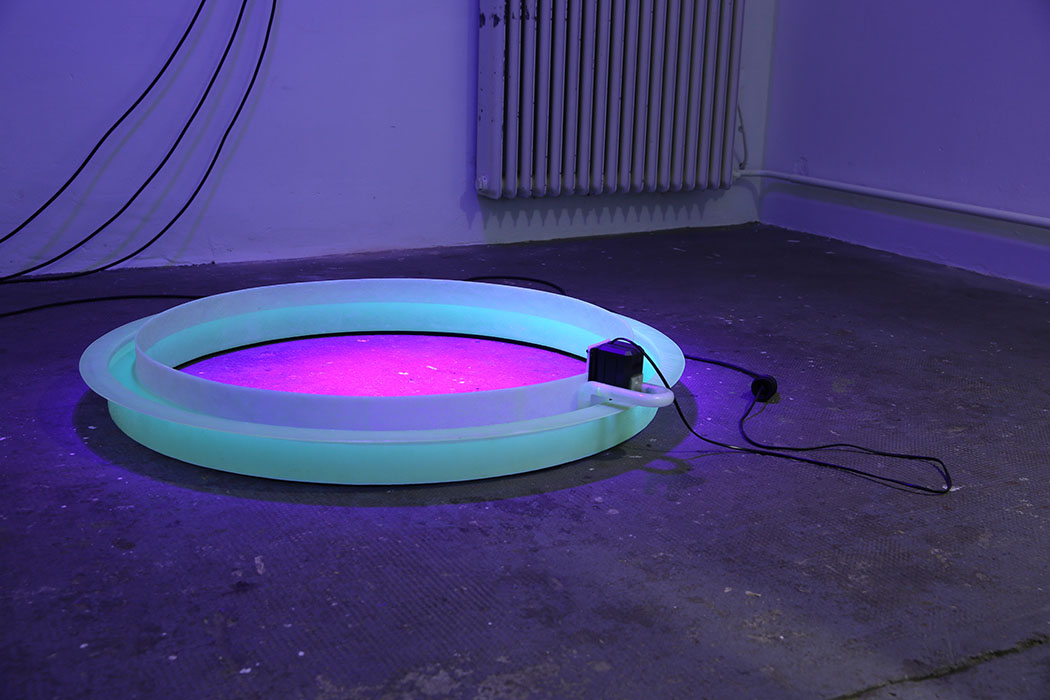 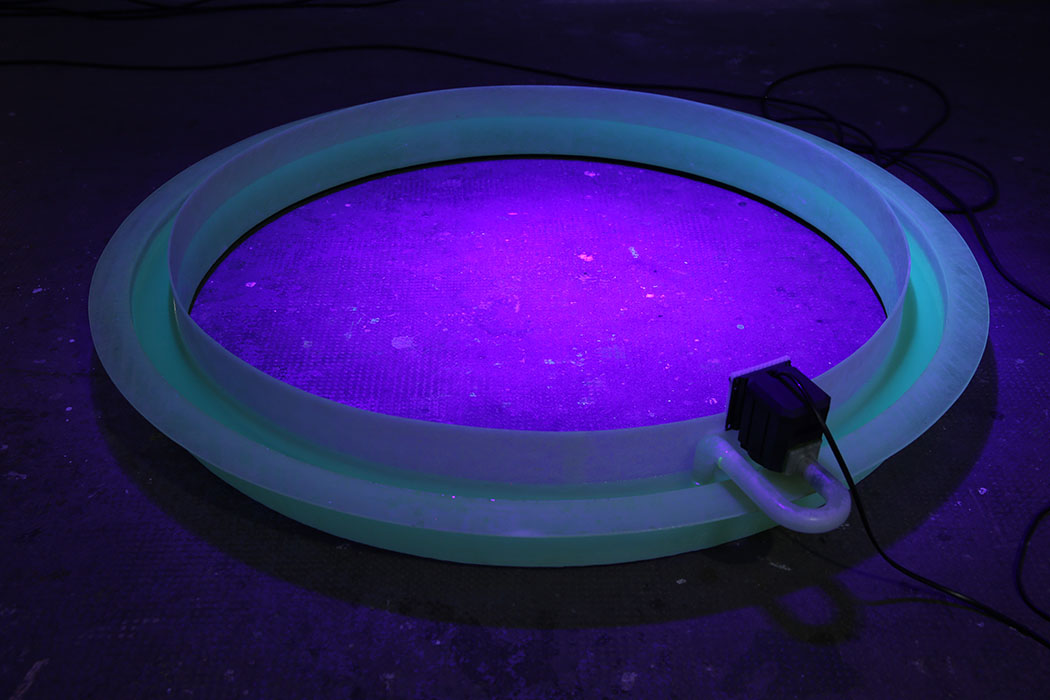 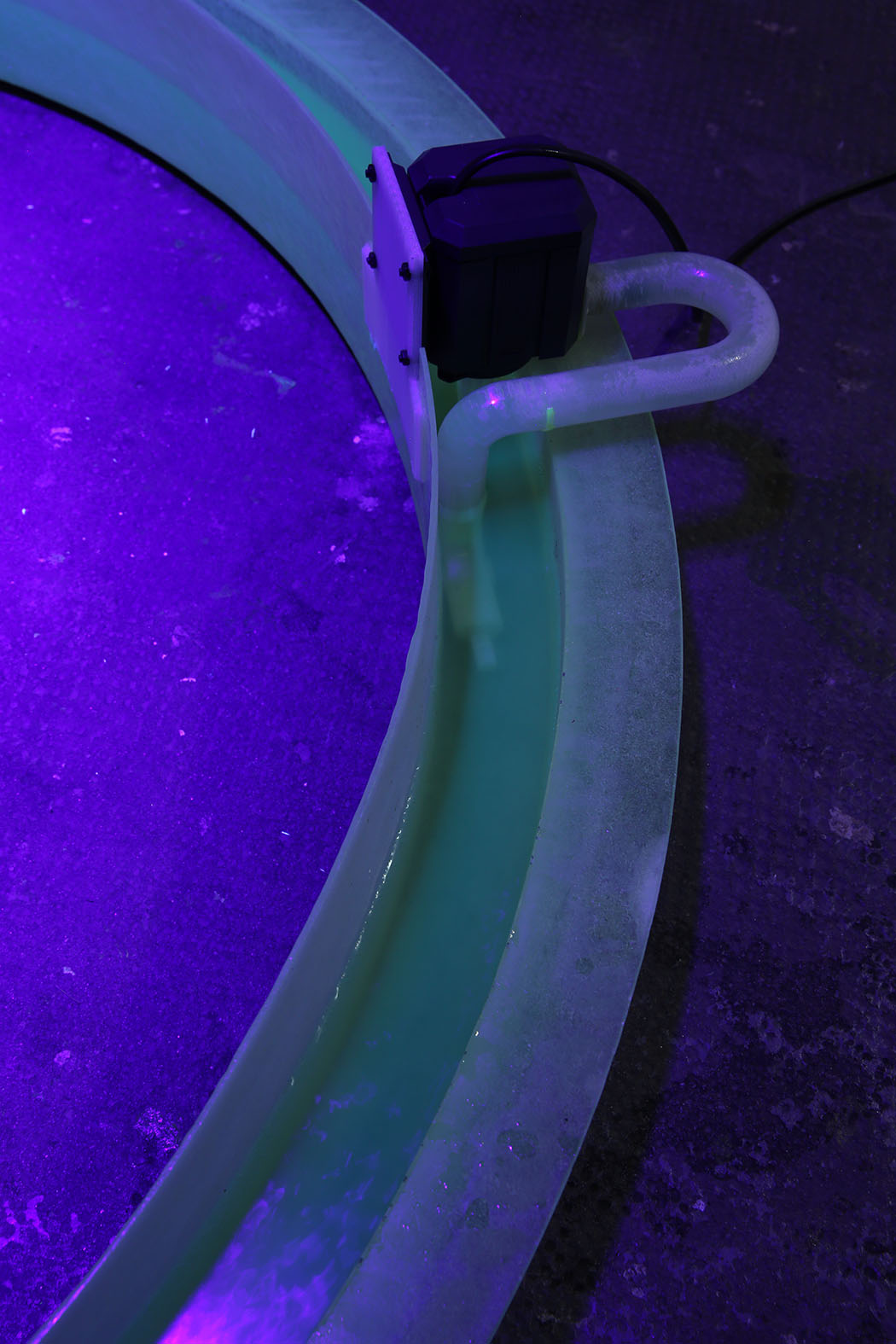 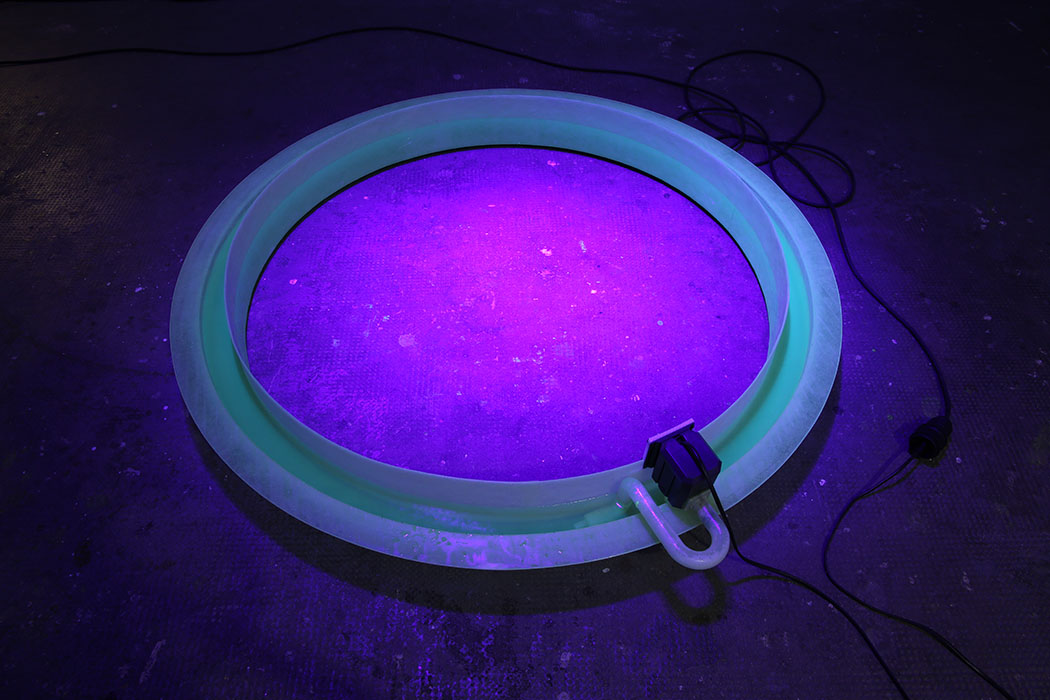 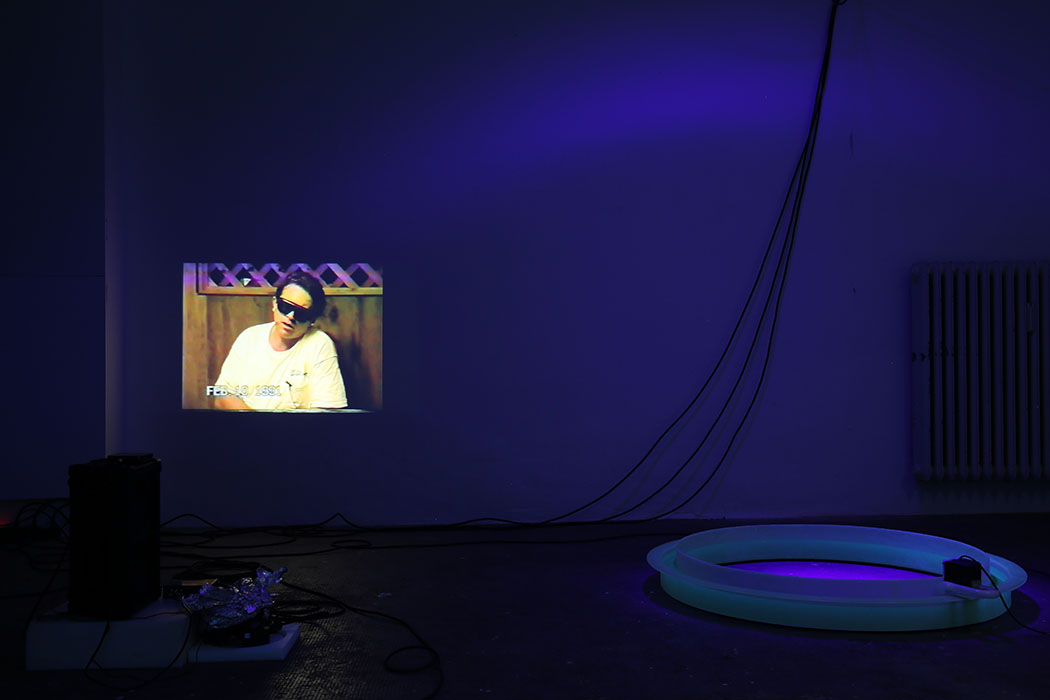 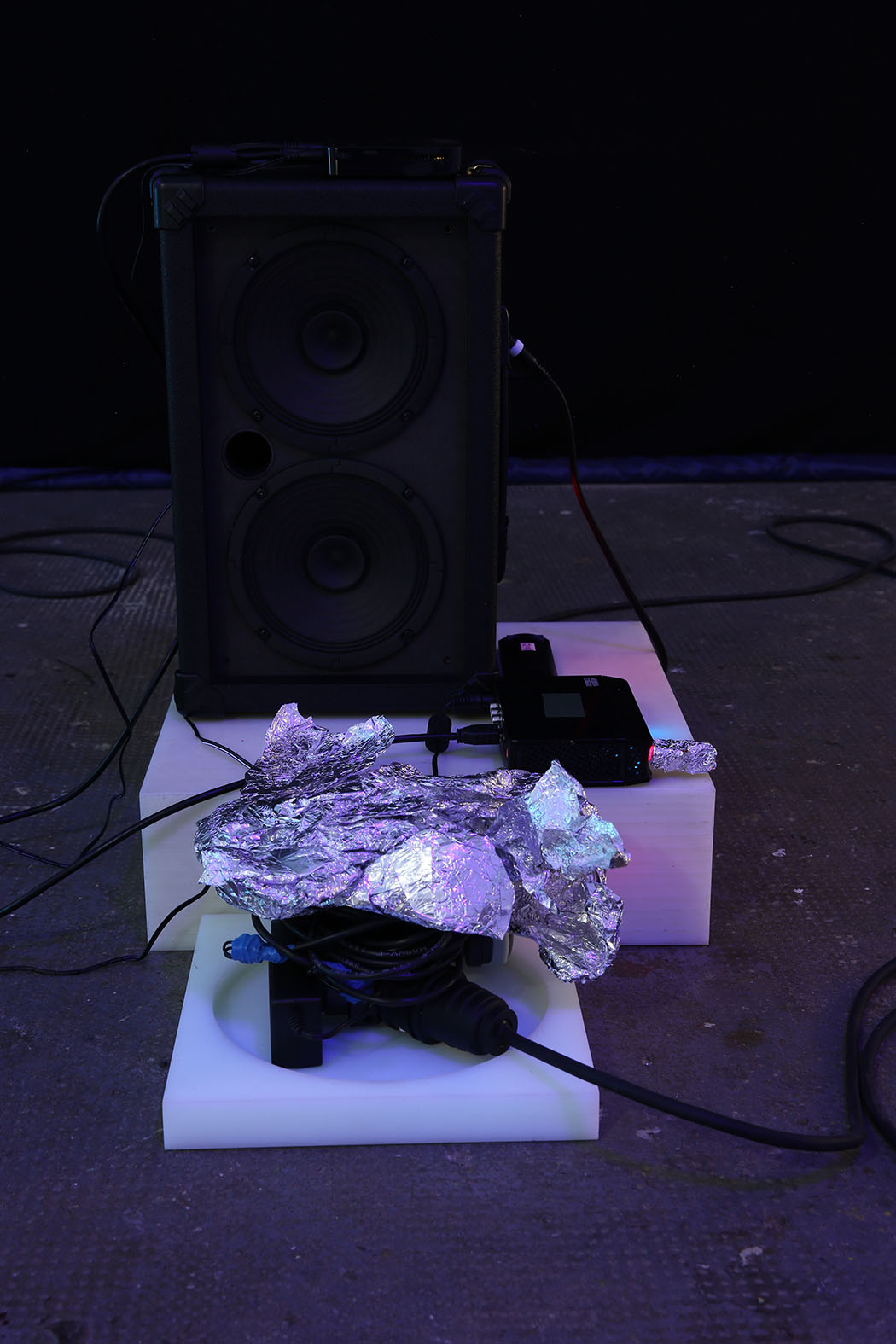 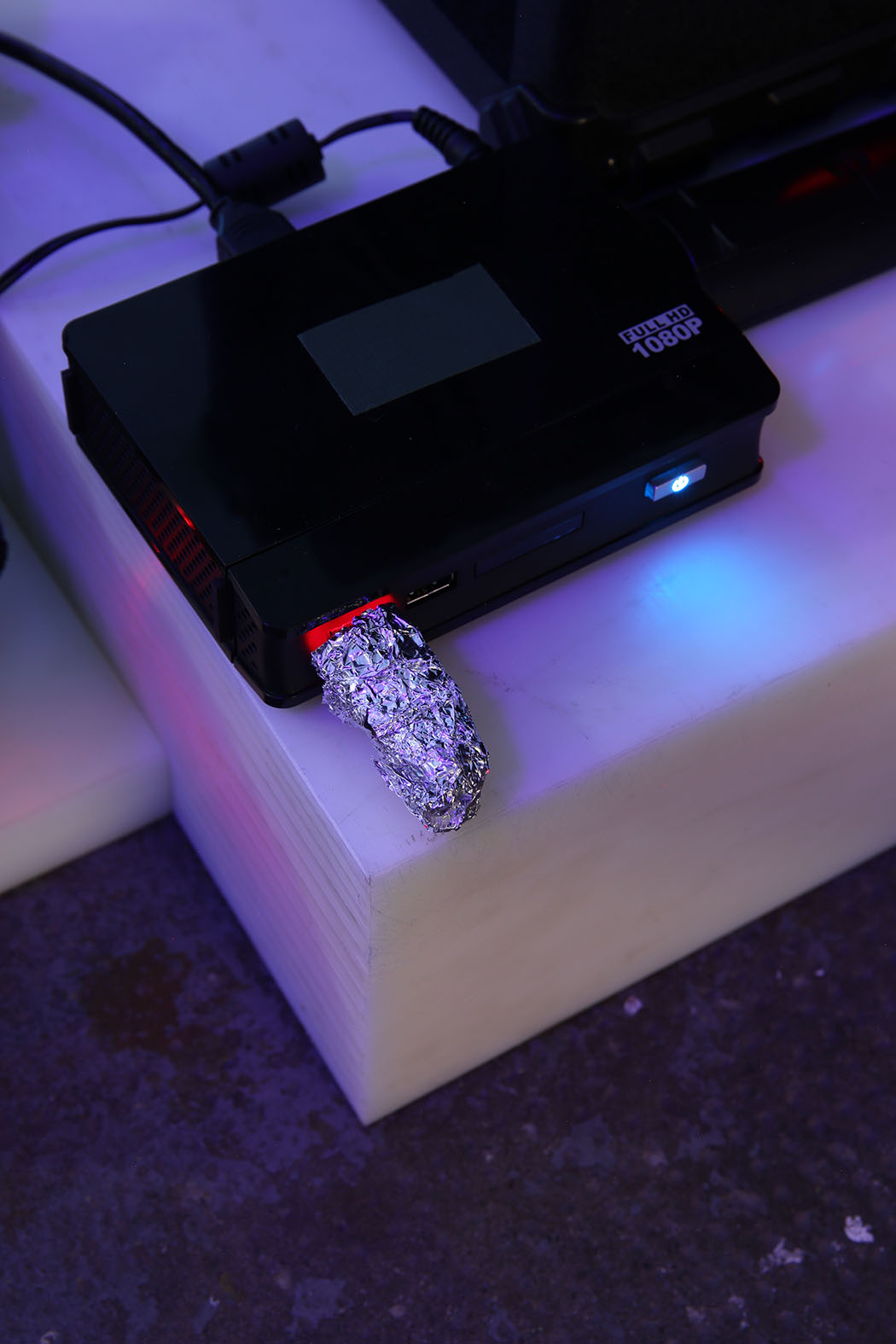 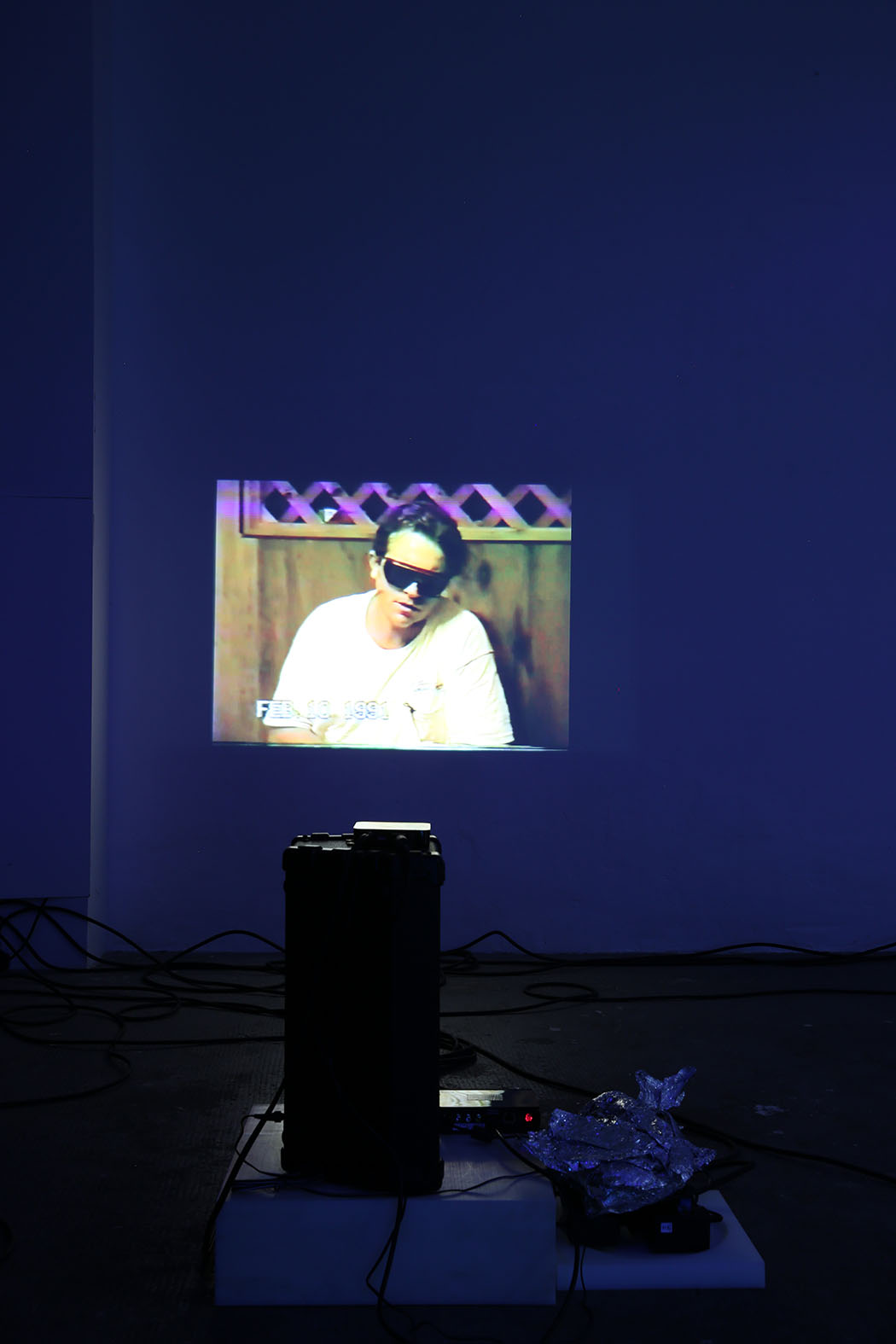 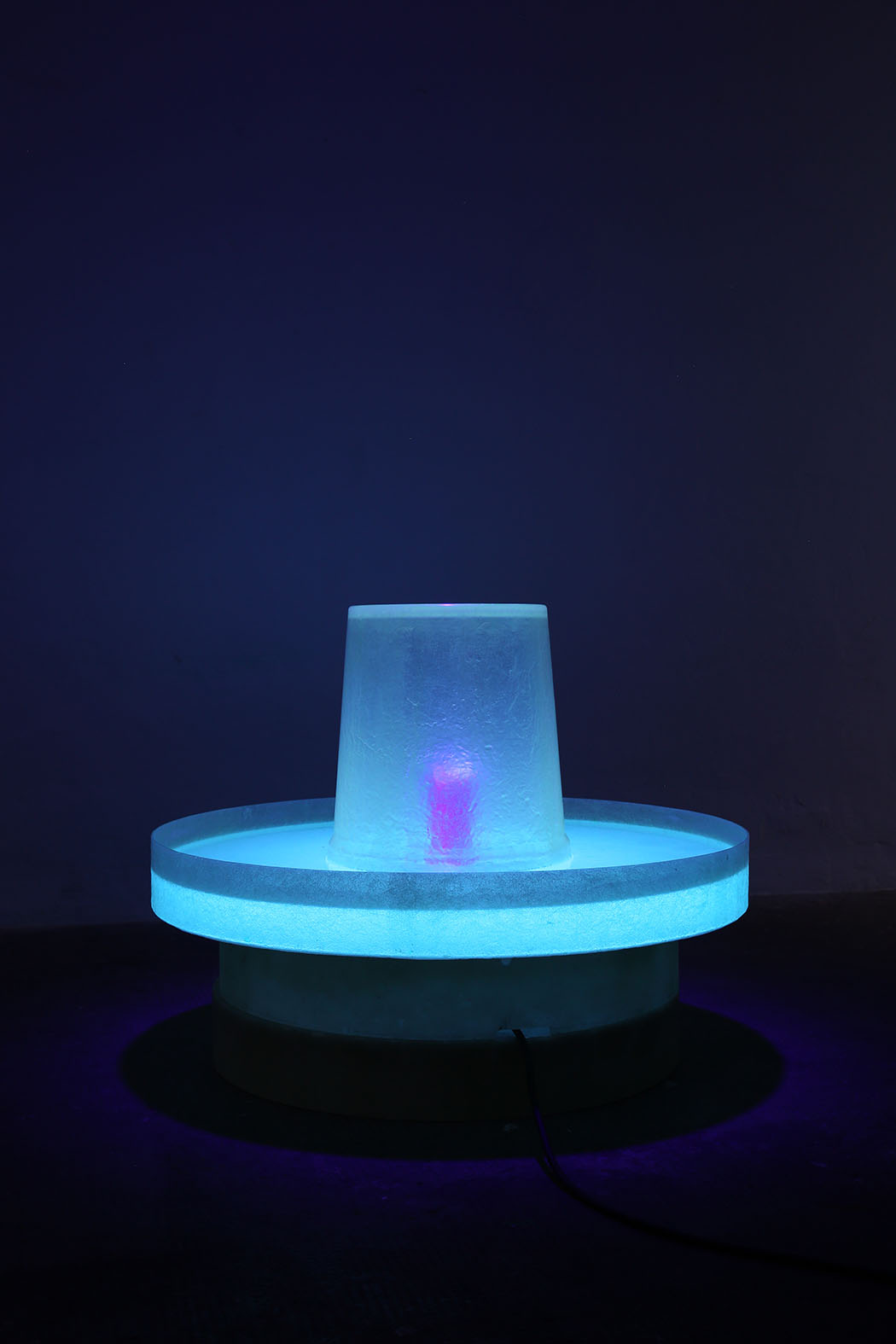 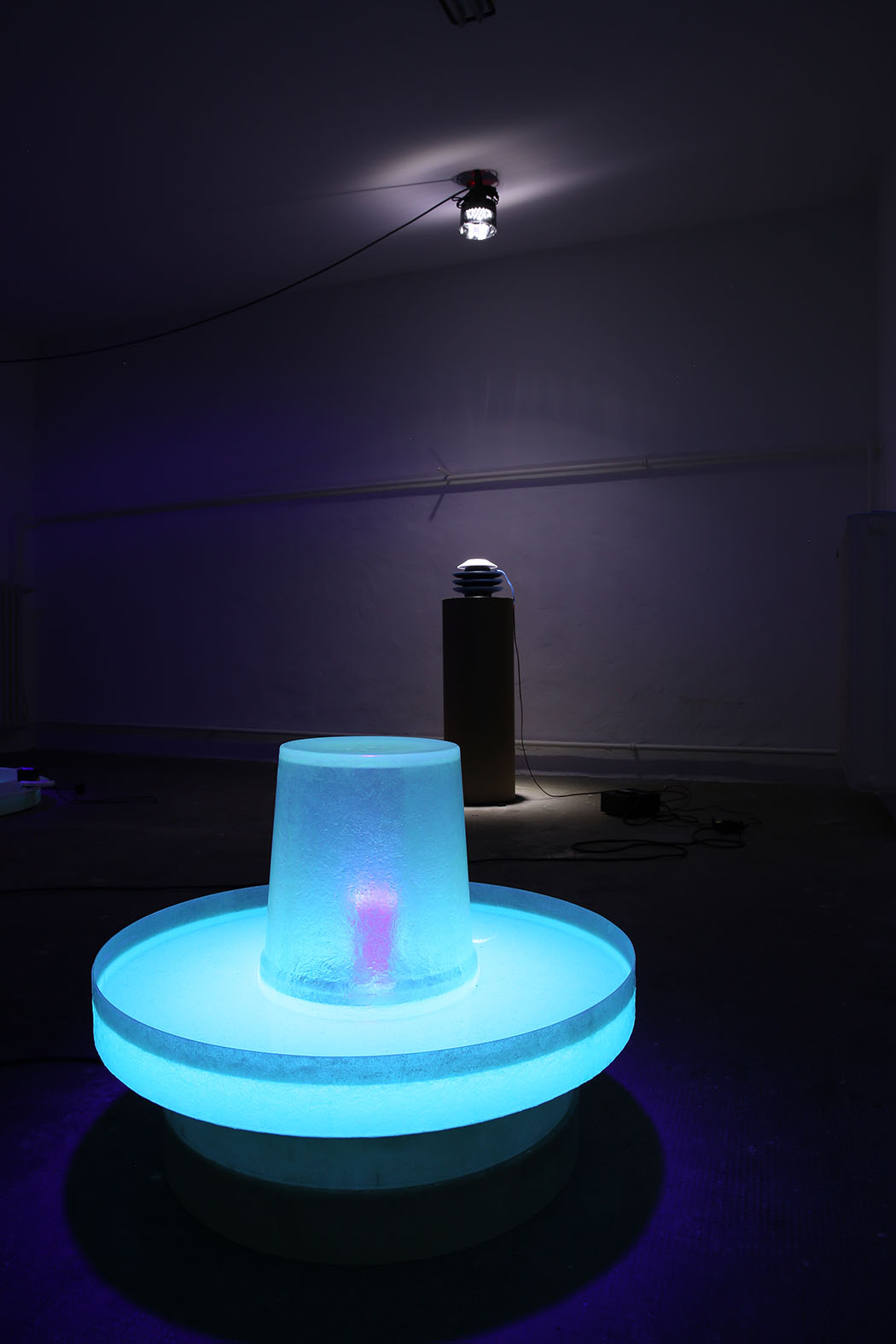 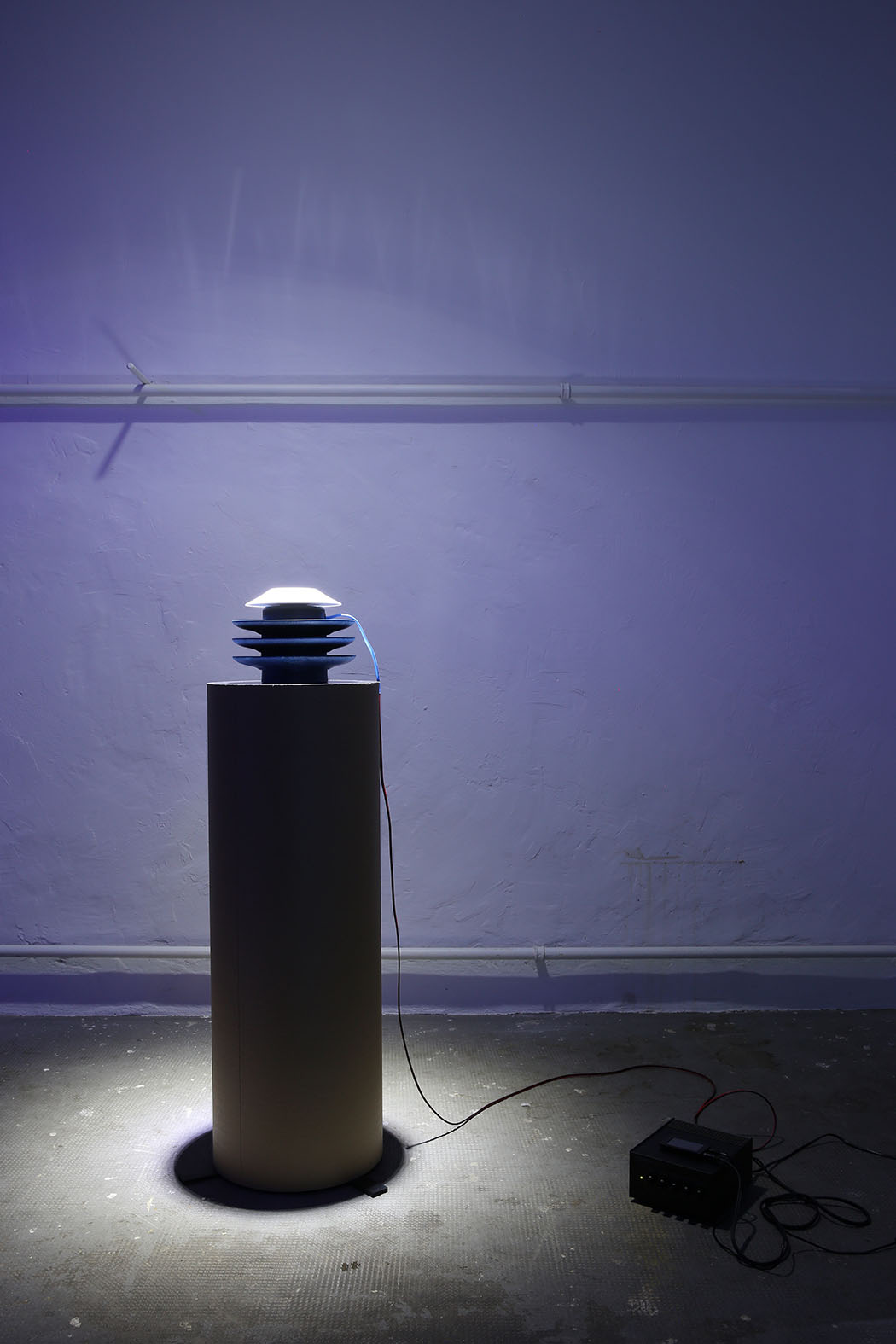 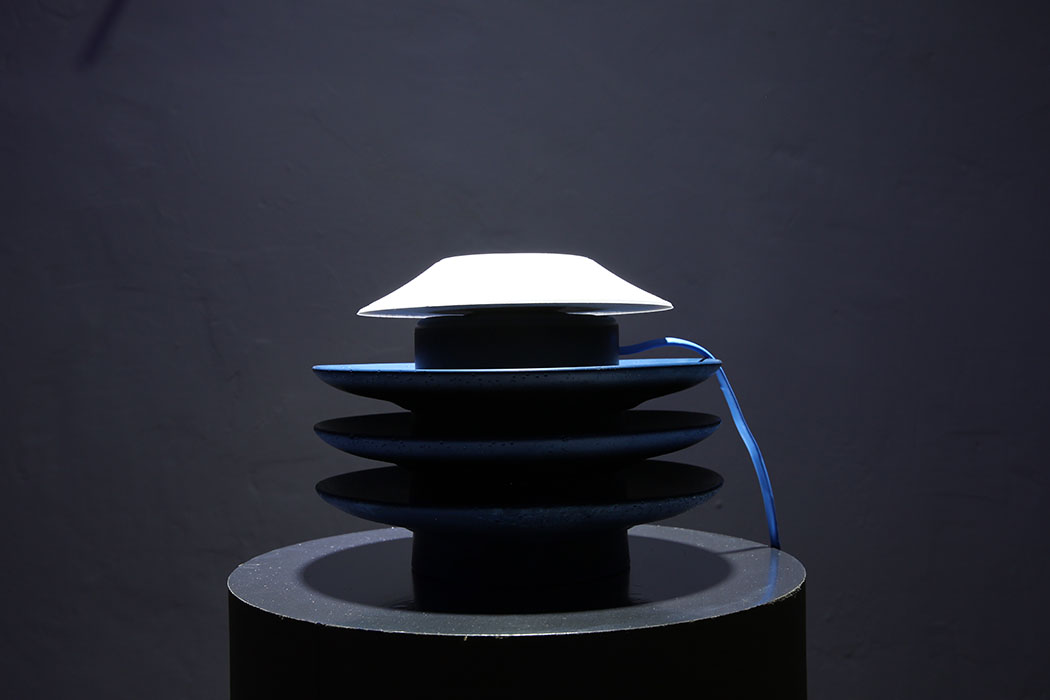 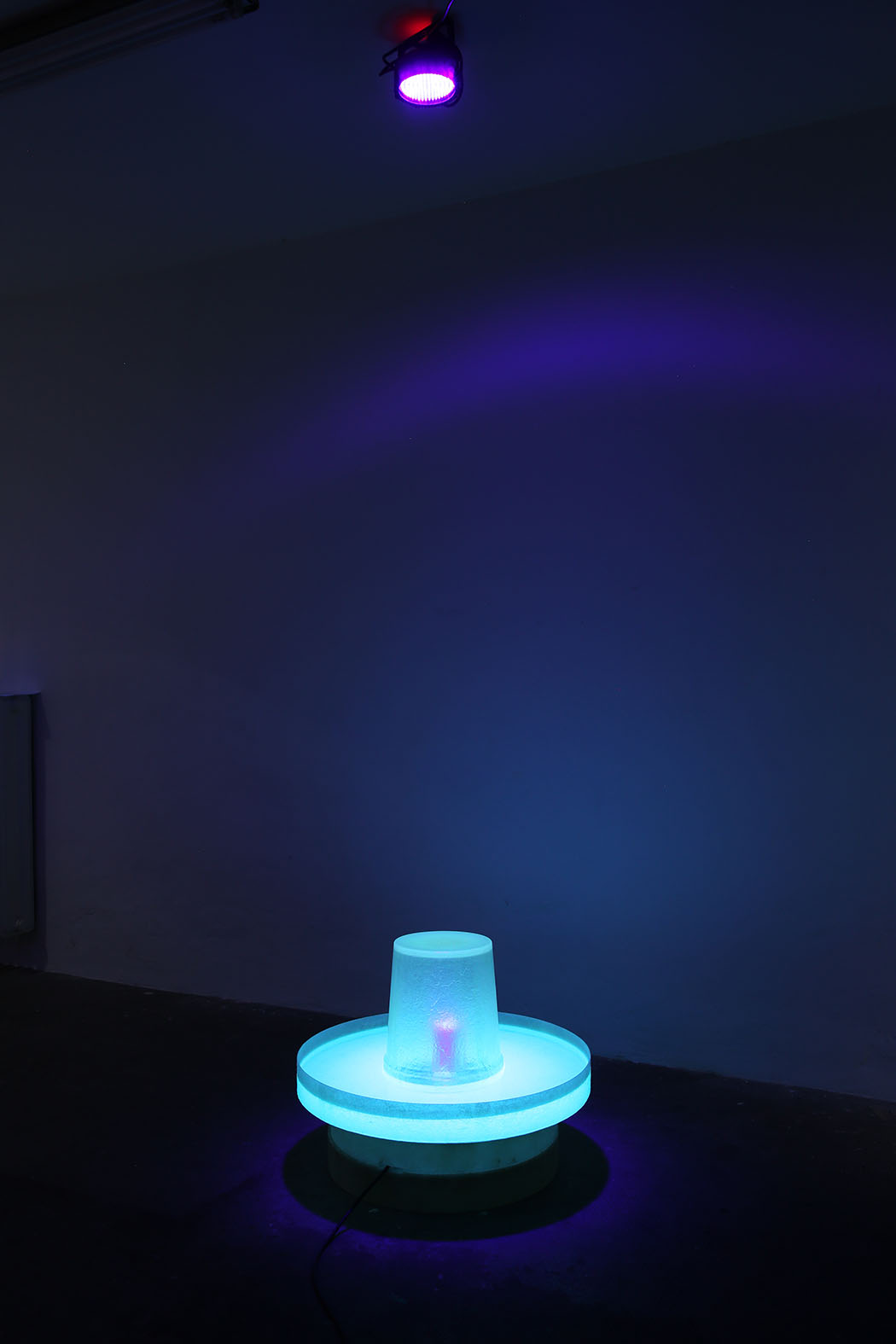 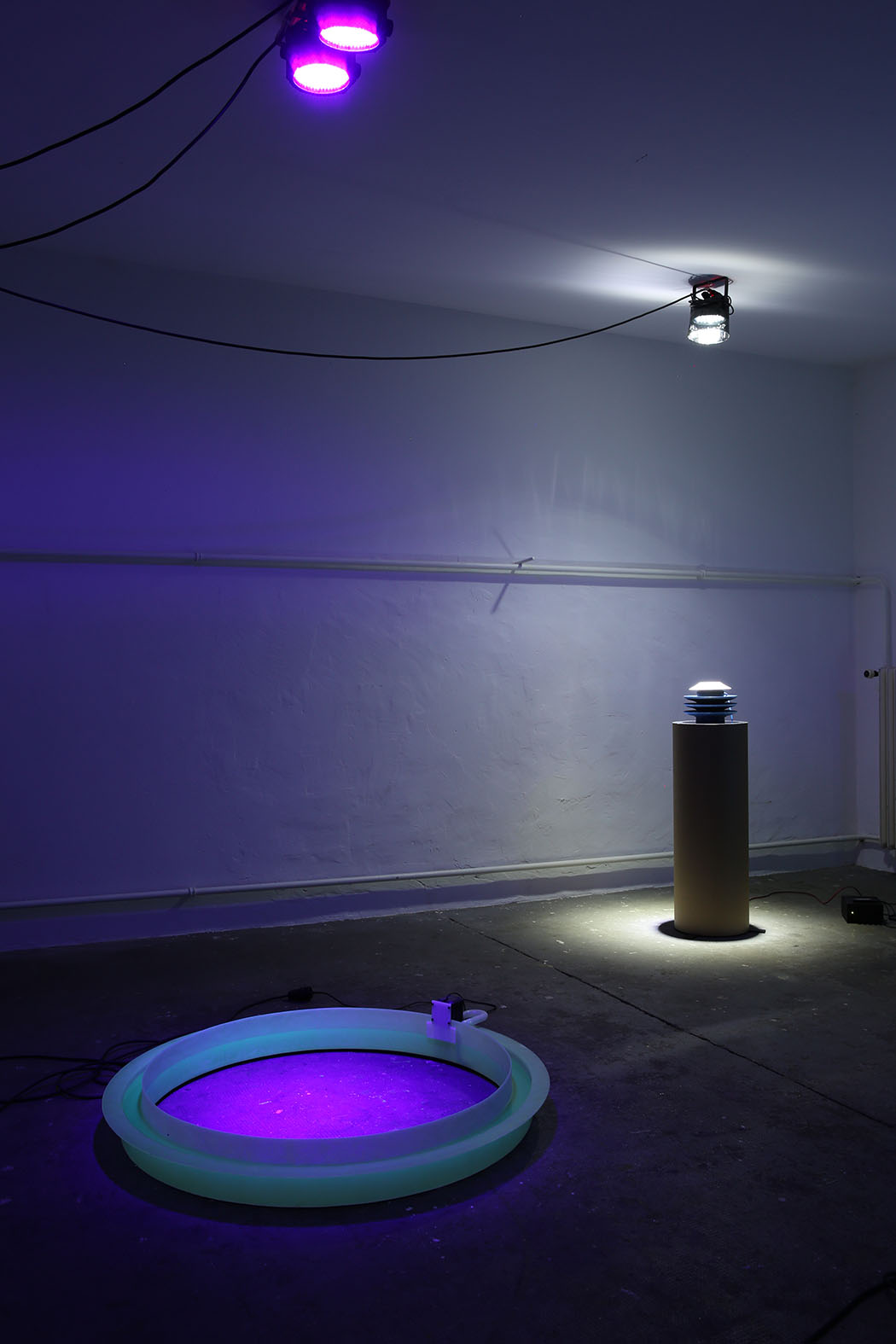 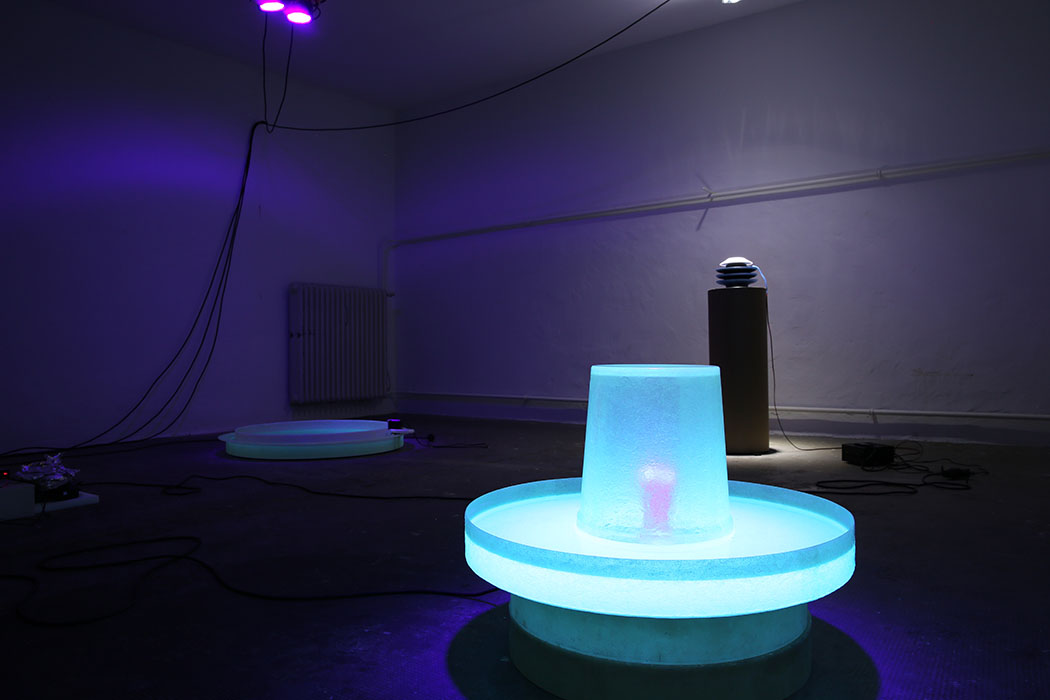